A
Written by Adam Guenther
Updated over a week ago

In this new release, we have updated a few ways the platform is organized for admins.

These features still function the same way and are found in the same places on the platform. We decided to change the names in an effort to clarify how these features work. Paths indicate an actual learning path with users working through sections to complete that path. Path Templates are templates that can be created, duplicated, or edited to launch future paths. 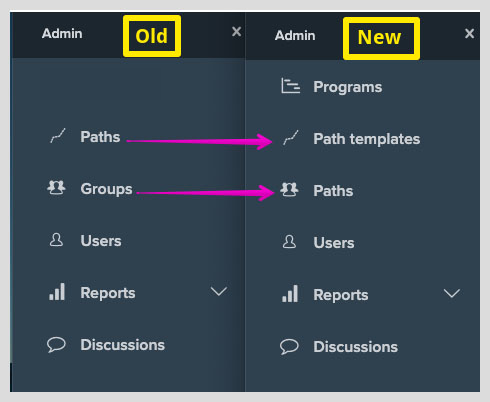 For admins who are using the Academy Builder component of our platform, we have made an additional update. All paths can now be organized under a new section called Programs. Programs act as an umbrella for all related paths making it easier to locate and track paths. 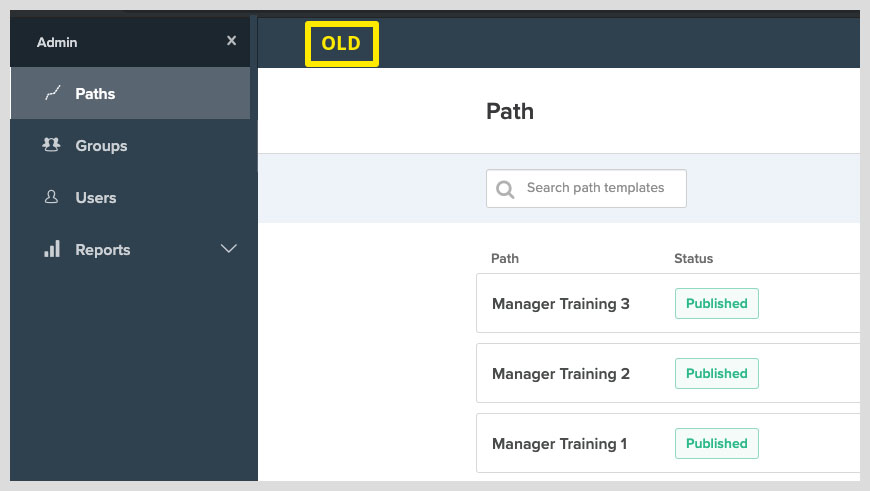 This is a great way to organize learning paths and the people going through them. Programs provide a central hub to manage your learning paths. Invites, paths, participants, and reporting can all be found in Programs.

This organizational update is now available for new paths. If you would like your former paths organized under Programs, please contact your Customer Success Manager.

Did this answer your question?